A very large marsh in southern Ontario. An almost impenetrable jungle-like terrain. Mosquitoes. Lots of mosquitoes. Temperatures sizzling at 30C. Zero possibilities of travel by canoe or kayak. And a need from a conservation organization for photos and video.

As far as challenges go, it was one of the toughest field work assignments in recent memory for WorkCabin Creative, the conservation digital content creation service of WorkCabin. As soon as we arrived at the site and met with one of the biologists, the challenges of accessing the site were obvious. Steep slopes. A very thick marsh spanning almost a kilometre to a distant coastline. And even if an attempt was made to cross the marsh in waders, the hazards lurking beneath the surface were no doubt numerous. Trying to attempt that with 40 pounds of camera gear strapped to your back would be almost certainly be a serious safety issue. 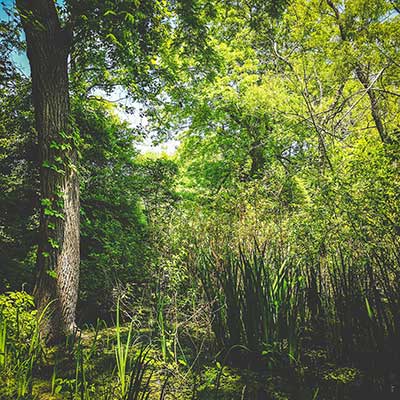 Being able to adapt is one of the skills when it comes to being a professional photographer and videographer for conservation organizations. So a revised action plan was quickly developed at the site. Travel on the perimeter of the marsh would enable some ground-level photo and video work. And then the second part of the work was obvious. It would have to be from the air. So out came the drone and away we went above the marsh. Fortunately there was an adjoining farm field that served as the perfect takeoff and landing location.

It ended up being a great day. Next it’s back to the office to sort photos and footage and deliver a content package to the organization.

WorkCabin
Conservationist & Founder at WorkCabin
Gregg McLachlan is the founder of WorkCabin. He's also a professional conservation videographer and photographer. Through his conservation-based digital content production company WorkCabin Creative, he has worked in the field since 2010 with some of Canada's leading conservation organizations to tell their stories of research, programs, and causes